Fort Lauderdale, Florida, US to msterdam, The Netherlands

Day Praia di Vitoria, Terceira, Azores, PortugalArrives 10:00 AM Departs 11:00 PM
The marina is protected by the Northern and Southern jetties of the bay in the city of Praia da VitÃ³ria. After passing the jetties, visitors will view the sandy beaches of Prainha and Praia Grande and the seafront road, Avenida Beira-Mar. The area is constituted by the largest sandy beach in the Azores and its natural harbour enables nautical sports to be practised, such as sailing, windsurfing, water ski, water bike, boat trips, sea fishing, underwater diving and whale watching. 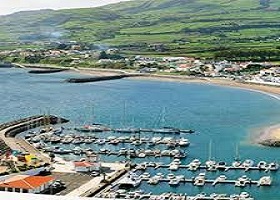 Day Cherbourg (Normandy), FranceArrives 08:00 AM Departs 06:00 PM
"In the 20th century, CherbourgÂs biggest claim to fame was perhaps that it had been a vital port during the Allied forcesÂ D-Day invasion, which landed to the southeast and traveled overland to capture the well-defended city from the Germans. However, in recent years, Cherbourg has undergone a revitalization that makes it a great place to sample local delicacies in the Place de Gaulle Market and calvados (apple brandy) from nearby orchards, plus visit the historic sites in and near town. CanÂt-miss attractions include the wonderful CitÃ© de la Mer maritime museum, as well as the Roule Fort where the Americans ousted the Germans, now home to the Museum of the Liberation. Cherbourg is also a perfect jumping off point for exploring the sights of Normandy, like the D-Day landing locations on Utah and Omaha Beaches, the historic town of BayeuxÂthe base of William the Conqueror before he invaded EnglandÂand the stunning scenery and sea cliffs of the Cape of La Hague. " 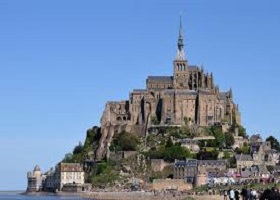 Day Le Havre (Paris), FranceArrives 07:00 AM Departs 07:00 PM
"When you arrive in Le Havre, France, opportunities to tour the attractions of the Normandy countryside await as soon as you leave your ship, while the sights of Paris are only 2.5 hours by high-speed train. Omaha Beach is 124 kilometers (77 miles) away and a visit there can be combined with one to the medieval town of Bayeux, home to a famous tapestry depicting the Norman Conquest. Closer to Le Havre is the ChÃ¢teau du Breuil, a family-owned calvados distillery that gives tours and tastings in English (call ahead to check the times). Just across the Seine is the town of Honfleur, its Old Port lined with restaurants, shops and 300-year-old houses. The great medieval city of Rouen, where Joan of Arc was tried for heresy, is also easily reached by train (and deserves a full day of sightseeing and exploration). If you want to make the journey to Paris, the TGV leaves early in the morning and takes you from Le Havre to Gare du Nord in the heart of the city. From there, you can spend the morning shopping on the Champs-ÃlysÃ©es, then have lunch in a restaurant with a view of Notre Dame or the TrocadÃ©ro and stroll through the Jardin du Luxembourg or the MusÃ©e dÂOrsay. A full day of things to do in Paris can include a dinner cruise on the Seine before catching a late-evening train back to Le Havre. " 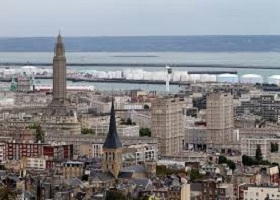 Day Zeebrugge (Brussels), BelgiumArrives 08:00 AM Departs 05:00 PM
"With its picturesque canals, cobblestone streets and fairy-tale gabled houses, Bruges might have been custom built just to charm visitors. But this small and pleasingly quiet capital of West Flanders, 11 kilometers from the North Sea port of Zeebrugge, was actually once a mercantile center that dominated all of Western Europe under the powerful Dukes of BurgundyÂwhich explains the profusion of priceless art and medieval architecture tightly packed within the city's moatlike ring of waterways. Easily managed in a day, Bruges is a city for strolling: A walk in any direction from the handsome Market Square leads to immaculately preserved 13th-century churches and turreted merchants' houses. Former hostels for the sick and poor were long ago converted into museums containing works by local Old Masters like Jan Van Eyck. Bruges is famous for its sweet tooth, with numerous chocolate shops and sidewalk vendors selling hot-off-the-iron waffles topped with whipped cream. Its pubs serve Belgium's famously quaffable beers in an atmosphere of warmth and coziness that the Flemish call gezellig. You'll be charmed. " 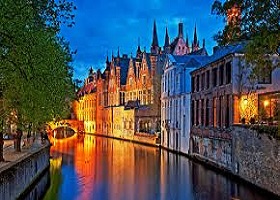 Day Amsterdam, The NetherlandsArrives 08:00 AM
A stop in Amsterdam offers the chance to explore the sights of one of Europe's most colorful, dynamic and historic citiesÃ¢ÂÂone with a well-earned reputation as a laid-back and inviting place for people of all stripes. Visitors are naturally drawn to the historic city center where you'll find some of the world's top art museums, including the Rijksmuseum and the Van Gogh Museum. And at Dam Square, the Amsterdam's largest public square, you can tour the Royal Palace before continuing to the tourist attractions on the Canal Belt. The iconic network of waterways that surrounds the downtown area offers a picturesque backdrop for sightseeing by bike or canal boat. Be sure to visit the floating Bloemenmarkt to peruse famed Dutch tulips, and take time to wander and window-shop among the narrow lanes of de Jordaan. And you won't have to look far in Amsterdam to find delicious Dutch treats along the way. Just duck into a cozy brown cafÃÂ© to sample a plate of bitterballen with mustard and a beer, and grab a gooey sweet stroopwafel from a street vendor as you stroll. 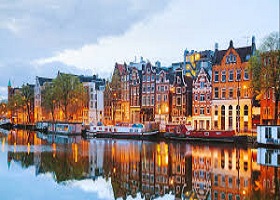