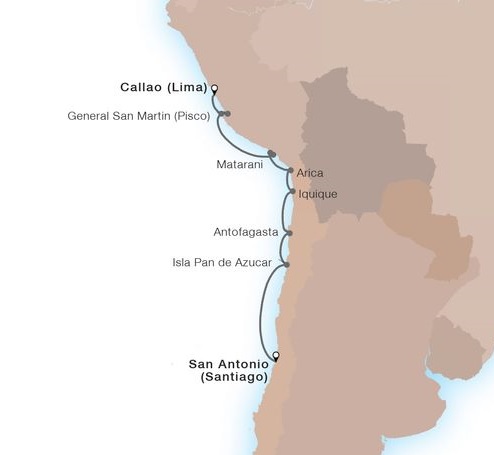 Day Callao (Lima), PeruDeparts 06:00 PM
A 45-minute drive from the port city of Callao brings you to exciting Lima, the City of Kings. From its founding in 1535 until today, it remains one of the most important cities in all South America. The handsome old buildings from the earliest colonial days surrounding the Plaza de Armas contrast with the soaring modern towers rising in the newer sections of the city. 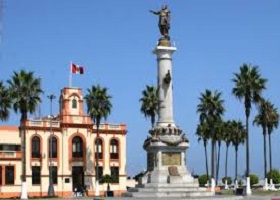 Day Islas Ballestas, Peru / General San Martin (Pisco), PeruArrives 05:00 AM Departs 08:00 AM / Arrives 09:00 AM Departs 06:00 PM
The Ballestas Islands are an offshore cluster of rocky outcroppings teeming with seabirds, penguins, sea lions, dolphins and other wildlife. On shore, Pisco dates from 1640, and its Plaza de Armas is a Spanish colonial treasure. Many visitors take the opportunity to take a scenic flight over the huge, mysterious Nazca Lines pictographs etched into the nearby desert surface 2,000 years ago. And still more belly up to a bar to sample a Pisco Sour cocktail made with the Pisco brandy distilled from locally grown grapes.

Pisco dates from 1640, and its Plaza de Armas is a Spanish colonial treasure. Another treasure is the Ballestas Islands, an offshore cluster of rocky outcroppings teeming with seabirds, penguins, sea lions, dolphins and other wildlife. Many visitors take the opportunity to take a scenic flight over the huge, mysterious Nazca Lines pictographs etched into the nearby desert surface 2,000 years ago. And still more belly up to a bar to sample a Pisco Sour cocktail made with the Pisco brandy distilled from locally grown grapes. 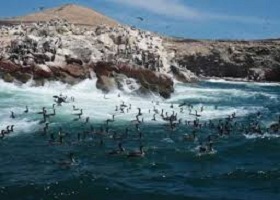 Day Punta Islay, Peru / Matarani, PeruArrives 06:00 AM Departs 08:00 AM / Arrives 09:00 AM Departs 06:00 PM
Punta Islay is on the Southern Peruvian coast, along the Lagunas de Mejia National Marine Sanctuary where the Tambo River meets the Pacific Ocean. This is a crucial environment supporting prolific populations of birds. The town is near the important Pacific seaport of Matarani, which provides easy access to the UNESCO World Heritage city of Arequipa inland.

Shaped like an exuberant sea horse standing on its head, Mayotte is the most southerly and oldest of the Comoros islands, with relatively low, rounded hills and a prominent circling coral reef. A collective Territory of France, its inhabitants are EC citizens. This "island" actually consists of three main islands: Grande Terre, Petite Terre, and the rock of Dzaoudzi, and is a remarkable natural environment filled with birds, lemurs and numerous species of flora and other fauna. 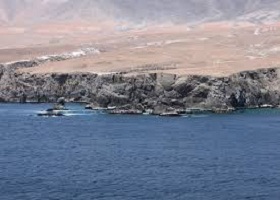 Day Arica, ChileArrives 08:00 AM Departs 10:00 PM
ChileÂs northernmost city, Arica, is characteristically arid for the region, which is home to the worldÂs driest desert, the Atacama. The climate and terrain may not seem hospitable for long-term living, but for a visitor just passing through, theyÂre critical: These were the conditions that created the attractions that bring travelers here. Those attractions include a fascinating archaeological museum that claims to have the worldÂs oldest mummies, and a village that dates to the pre-Hispanic era and retains some of its mystical allure. ThereÂs also a cathedral featuring a door that came straight from EiffelÂs Parisian workshop (yes, that Eiffel) and a local wine called Pintatani made from grapes that grow in an unusually fertile part of Arica. Fresh seafood straight from the Pacific Coast is the highlight of most menus in Arica, and it plays a starring role in displays at the local markets as well, where picture taking and people-watching are two ideal ways to while away a morning or afternoon. 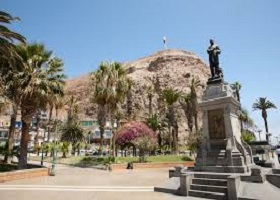 Day Iquique, ChileArrives 08:00 AM Departs 05:00 PM
Iquique was the undisputed capital of the saltpeter, or nitrate industry from the 1860s to 1920. The town's historic center evinces this period with its many fine palatial buildings. After the Germans invented chemical fertilizer shortly before WWII, the nitrate industry collapsed and the city fell into decay. Today Iquique's economy is supported by its fishing industry and its tax free status. Driving outside the city into the desert, one can find many interesting well-preserved ghost towns that remain from the nitrate industry's hey-day. Some, including Humberstone, are now classified national monuments. 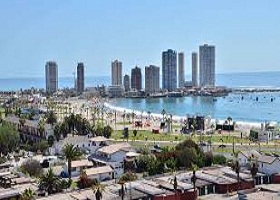 Day Antofagasta, ChileArrives 10:00 AM Departs 11:00 PM
A busy port hard by the arid and mysterious Atacama Desert of Northern Chile. With the wealth generated by minerals flowing from the barren land, theyÂve managed to build a pleasant town of parks and plazas, conquering, for a while, the emptiness beyond. See the English clock ensconced in the Plaza Colon by British residents, and the uniquely hybrid architecture of the Customs House. In the manicured gardens and verges along Avenida OÂHiggins, soil imported as ballast aboard visiting ore ships was used to augment the desert sands and nourish the greenery. 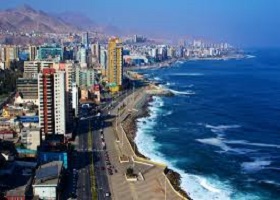 Day Isla Pan de Azucar, ChileArrives 12:00 PM Departs 06:00 PM
Where the Atacama Desert meets the sea, small ÂSugar Loaf IslandÂ sits just offshore of the sprawling National Park named for it. The region is a unique ecosystem where flora and fauna are sustained by the Camanchaca mists from the sea. A variety of cactuses thrive here, and dramatic rocky outcrops are interspersed with wide sandy beaches. On the island, breeding colonies of sea lions, sea otters, pelicans and Humboldt penguins lounge in protected peace, fussing, chattering and cavorting as you float just offshore. (Landing is forbidden.) 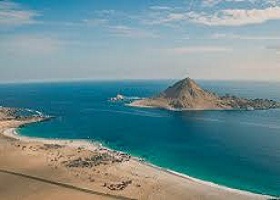 Day San Antonio (Santiago), ChileArrives 07:00 AM
"A day or two of sightseeing is all it takes for visitors to ValparaÃ­so and Santiago to fall in love. They'll find great places to eat, stunning architecture, fascinating museums to visit and myriad things to do in these diverse and extraordinary cities. Color dominates the seaport city of ValparaÃ­so: Brightly painted houses cling intrepidly to steep hillsides along labyrinthine streets that rise from the blue Pacific. The harbor is busy with fishing boats, cargo ships, and naval vessels. Rich in naval and commercial history, ValparaÃ­so suffered from the opening of the Panama Canal, and this decline is still apparent in the ramshackle charm of many structures. Nevertheless, ValparaÃ­so is having a renaissance on all fronts, and its bohemian culture and emphasis on the arts are felt and seen everywhere. For a visitor, the city itself is the main attraction, and a walking tour amply repays the effort: Street art abounds along the route to Pablo Neruda's house, La Sebastiana; the Iglesia de la Matriz; the Naval Museum; and even the funiculars that carry you up the steep hills. In 2003, validating the enduring pride of porteÃ±os, as the locals are called, UNESCO designated one-fourth of ValparaÃ­so a World Heritage Site. Stately and monumental Santiago, 120 kilometers (75 miles) inland, is encircled by the Andes. Santiago offers the visitor such important museums and public buildings as the Museo Precolombino and Palacio and Centro Cultural de La Moneda. A walk along Paseo Ahumada to the Plaza de Armas and thence to the old Mercado Central gives a taste of many different facets of the city. " 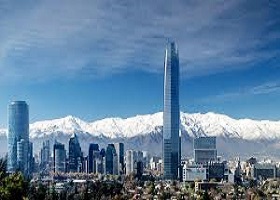